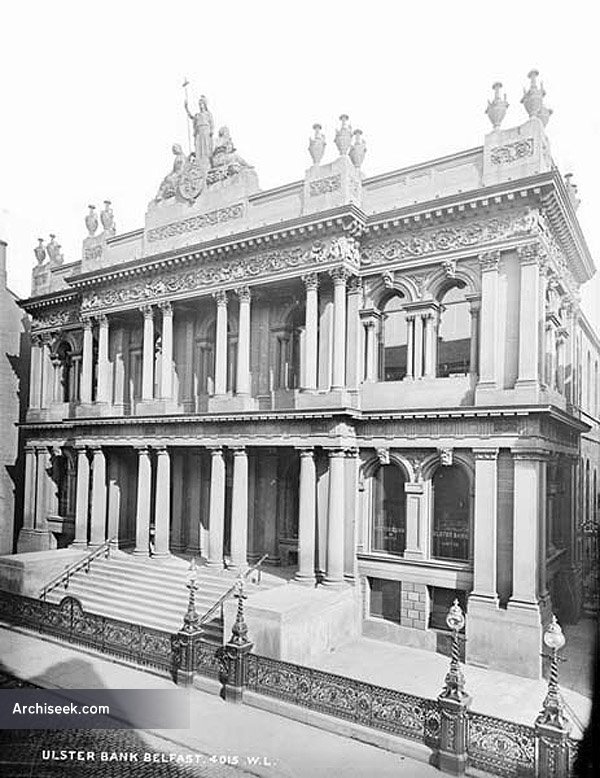 Constructed as the headquarters of the Ulster Bank, and now a luxury hotel. Hamilton won the commission after an architectural competition in 1857 that attracted over 50 competitors from across the UK and Ireland. Hamilton was a Scottish architect who picked up some other commissions in Ireland – several buildings around Belfast, and further bank branches from the Ulster Bank company.

But this is his most elaborate work – a fantastic Renaissance palazzo, in Giffnock sandstone, with carved stonework by the Fitzpatricks – with a final cost of over £30,000. The interior featured a magnificent banking hall with ornate plasterwork featuring the banks initials and a fantastic glass dome.