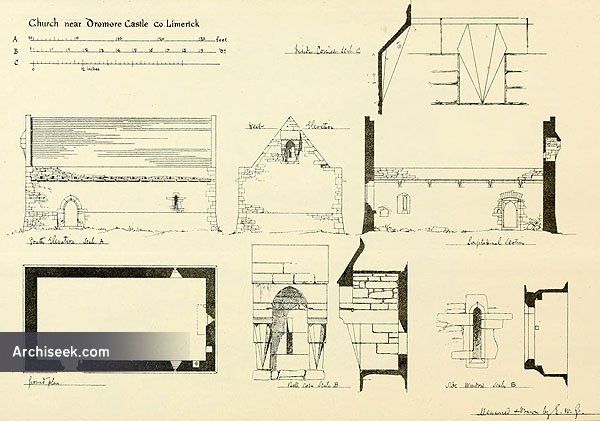 Illustration one of the series of sketches contributed by E. W. Godwin, F.S.A. and published in The Building News, December 25 1874. Godwin traveled around Ireland drawing antiquities for research before designing Dromore Castle. He later returned, travelling extensively in the later 1860s.

This date of the Kilcornan Church is unclear as some believe it to date from the fifteenth century and other accounts date it as around 1611. This church was used as a place of worship until 1811. The church was repaired in the 1930s – the stones that formed the window were discovered during this renovation and replaced. The belfry is also in very good condition.