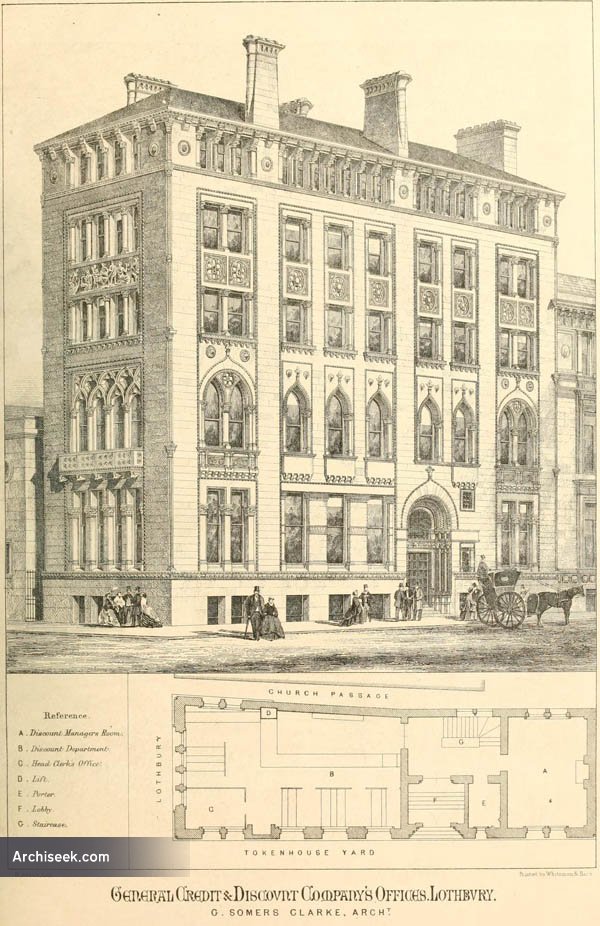 Still standing today, this Venetian Gothic style building was completed to a slightly different design than illustrated – an entrance was inserted onto the Lothbury Street facade. Nikolaus Pevsner describes the slender five-storey Venetian Gothic building as “Stiffer and more rectilinear than anything the Venetian Quattrocento produced”. Later became the headquarters of Speyer Brothers Banking House before being taken over by the Overseas Bankers’ Club. Converted to residential accommodation. Listed Grade II*.

From The Building News: “The new building of the General Credit and Discount Company stands upon the site of the former house, No. 7, Lothbury, with the addition of the ground of No. 27 Tokenhouseyard incorporated with it, making a block of 84 X 28 and 72ft. high to cornice, and has been erected from the designs of Mr. G. Somers Clarke, the company’s architect.”