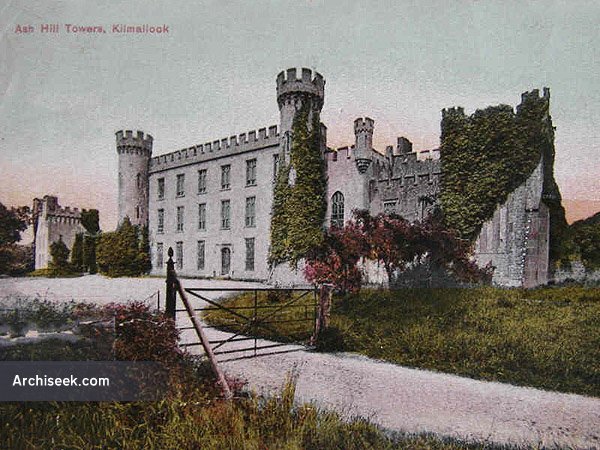 An earlier house of 1781 that was extended and castellated to designs possibly by Charles Anderson. Described in Lewis Topographical Dictionary as “a large castellated mansion now in progress of erection in the ancient baronial style, consisting of a centre flanked by lofty circular towers and two extensive wings, of which one on the west is connected with a noble gateway leading to the offices, which occupy the sides of a quadrangler area; the whole is of hewn limestone”.

Unfortunately due to excessive property taxes, some parts of the house including the towers, were removed in the early 1960’s, leaving the main facade closer to its 1780s Georgian appearance.