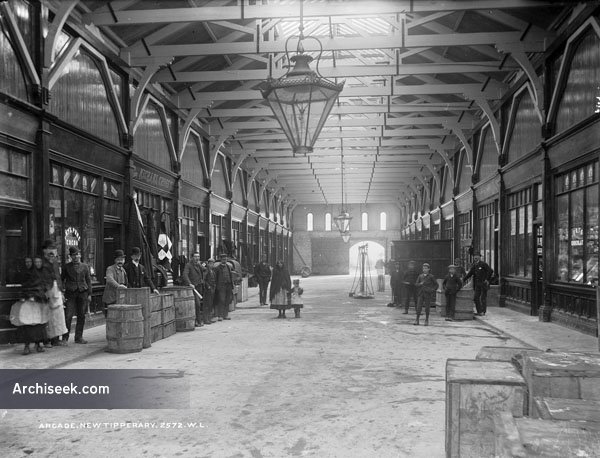 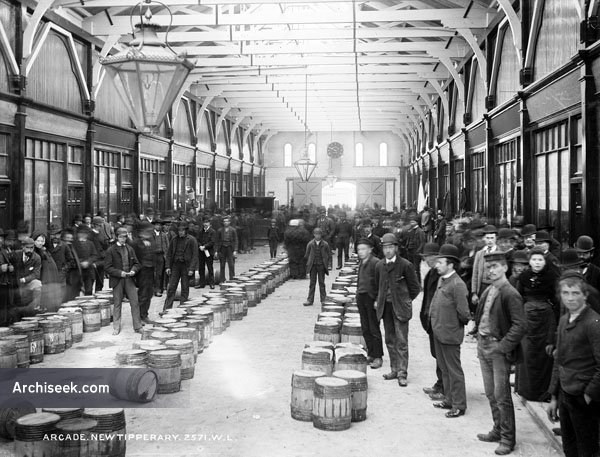 In 1888-9, tenants of the local landlord, Arthur Smith Barry, withheld their rents in solidarity with his tenants in Co Cork. They were evicted and, under the direction of Fr. David Humphreys and William O’Brien, decided to build a new town on land outside his control. The area now known Dillon Street and Emmet Street in Tipperary town was the centre of this development and was built by local labour but with funds raised in Australia and the United States. A shopping arcade called the William O’Brien Arcade was also opened, providing shops for some of the business people who had been evicted from the centre of the town. Eventually, compromise was reached and the tenants returned to the ‘Old Tipperary’. The arcade was demolished after a couple of years.

Gill, the architect of much of New Tipperary, was engineer and later assistant Tipperary county surveyor and town surveyor of Nenagh from around 1900 until 1922.