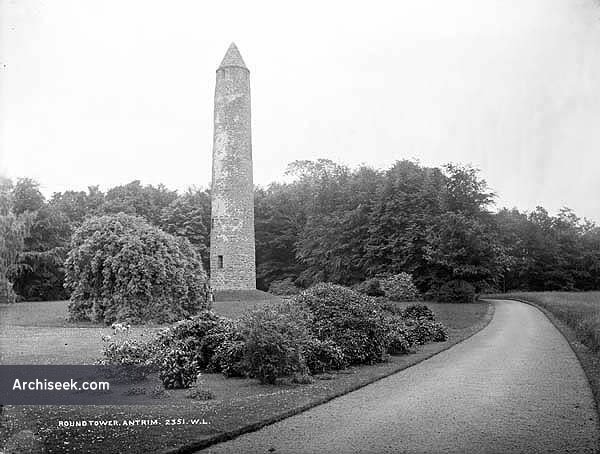 Described as one of the most perfect of the round towers of Ireland, 93 feet high and 50 feet in circumference at the base. The 28metre tall tower was built around the 10th century as a bell-tower for protection from raiders and is known locally as The Steeple. No trace of any surrounding building exist, probably due to landscaping during the 19th century, when the land was turned into a private demense. The Annals of the Four Masters report that the site was destroyed in 1018 and finally burned in 1147.