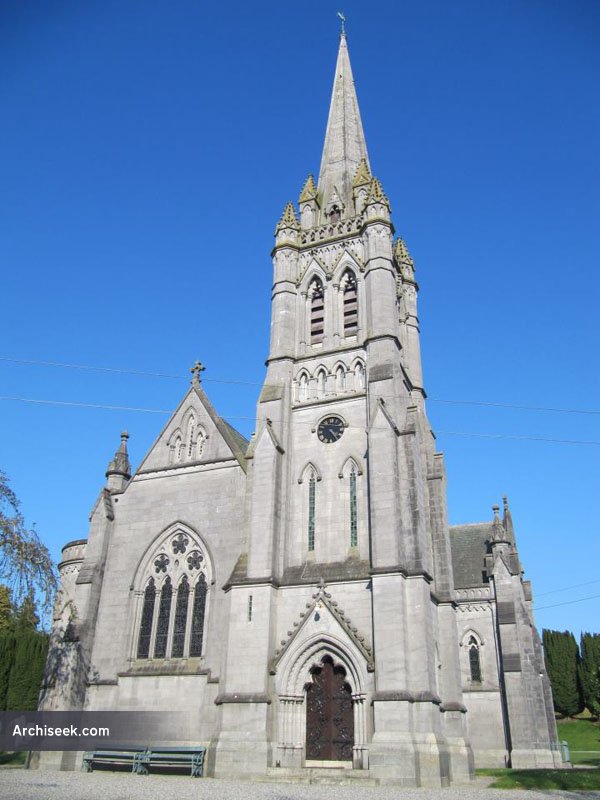 Also known as the Adelaide Memorial Church. Built as a memorial to Constance Duguid, an englishwoman who was engaged to be married to a member of a local landowning family. She died in a riding accident before the wedding could take place. Her parents later erected a marble statue to remember her by. A few years later, after the death of his wife who was buried alonside Constance, her father decided to construct a church as a permanent memorial. He spent the remainder of his life involved with the project, sadly dying in 1912 before the church could be consecrated.

The church was designed by George C. Ashlin and was intended to be reminiscent of Salisbury Cathedral. Constructed in limestone over a granite base. The interior has some fine stained glass including some by Evie Hone.