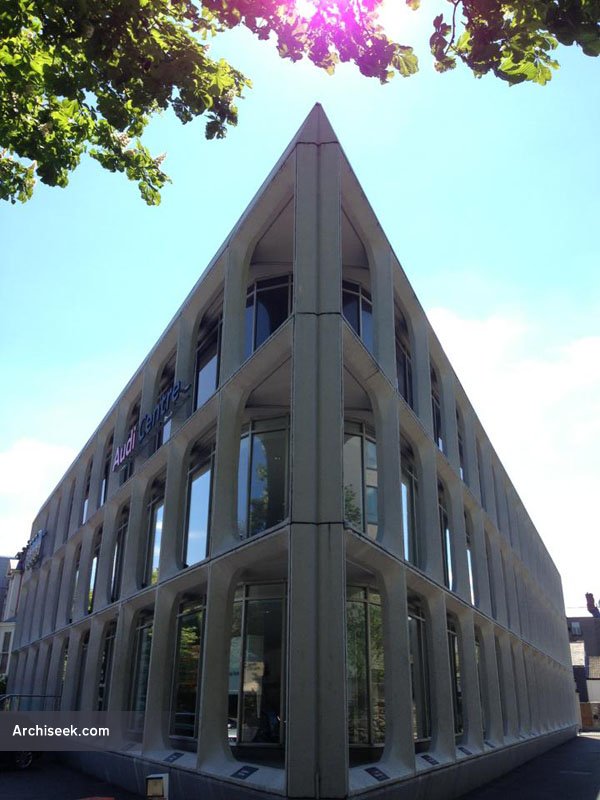 One of the earliest use of load-bearing precast concrete perimeter units and glass curtain walling in Dublin. With its dark recessed glazing, the strong geometric forms of the precast units marks this building out from most developer-led schemes in Ballsbridge. According to Docomomo, Keane suggested that his inspiration was the work of Niemeyer in Brasilia, with the concept of placing the structure to the exterior and recessed full-height windows behind. Now under threat of demolition, as not on protected buildings list.