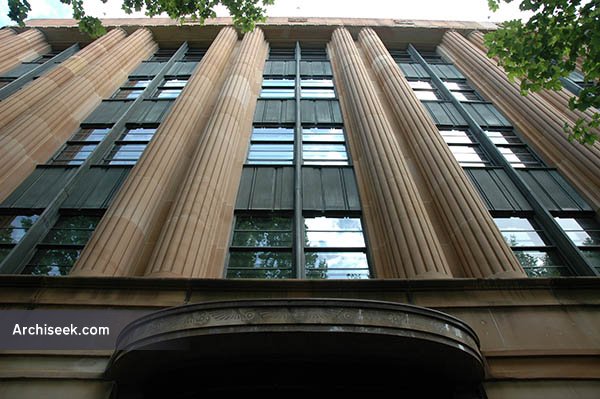 An elegant example of inter-war design by Budden & Mackey, the style is classical with an art deco influence. Constructed as the Department of Motor Transport and Tramways, then known as Transport House. Constructed primarily of sandstone, the building later housed various commercial businesses. In 2007 it was renovated and the art deco inspired interiors restored.