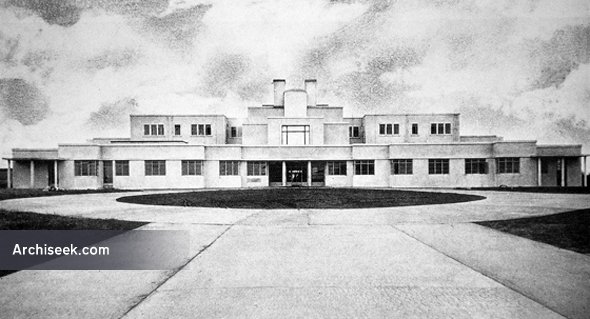 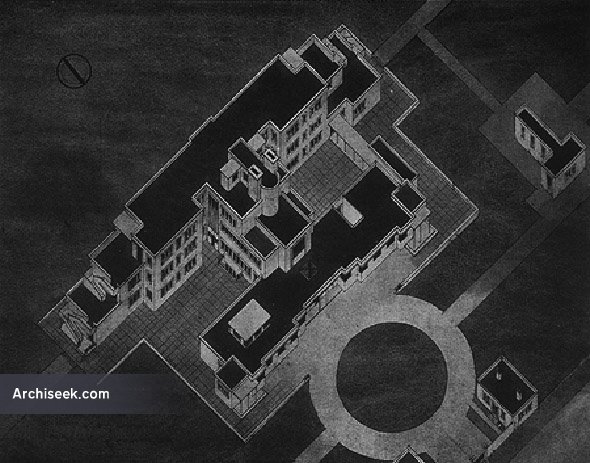 In 1935 Scott & Good designed Portlaoise General Hospital. This building unlike its predecessor at Tullamore, does away with traditional massing and materials. It is a flat roofed, white plastered horizontal structure that ultimately fails to be as interesting as its mixed breed ancestor. Again strongly symmetrical, the entrance is flanked by two stripped down columns supporting protruding masses. The rear elevation is much more successful with a strong horizontal linearity. Both hospitals have symmetrical plans, with Portlaoise being designed with the operating theatre in the centre of a ‘H’ plan. After a while Scott consciously tried to avoid taking on any more hospital jobs in order not to become labelled as a hospital architect. He claimed to be so successful at this that he was not asked to design one afterwards.