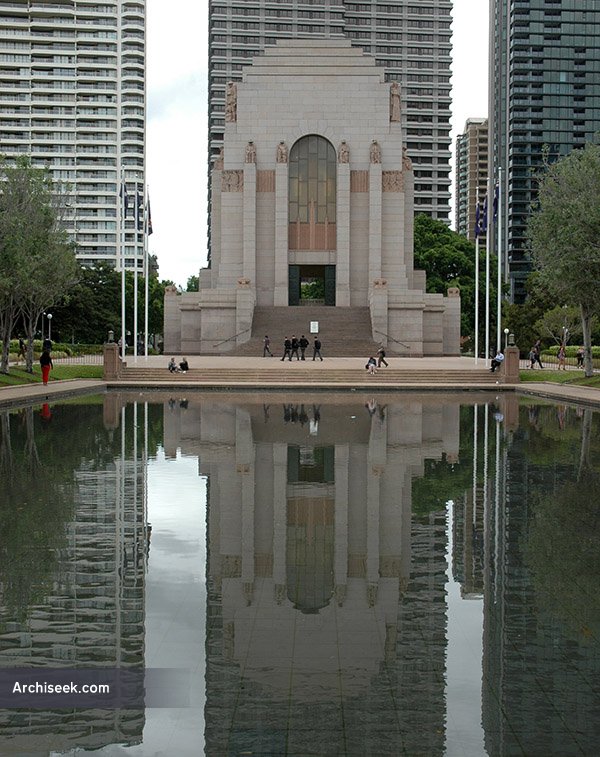 Designed by C. Bruce Dellit, with the exterior adorned with monumental reliefs and sculptures by Rayner Hoff. The result of an architectural competition – third prize was awarded to Peter Kaad, and second prize to John D. Moore.

Constructed of concrete with exterior cladding of pink granite, and consists of a massed square superstructure with typically Art Deco setbacks and buttresses. It is positioned atop a cruciform pedestal within which are located administrative offices and a small museum. The interior is largely faced in white marble, and features a domed ceiling adorned with 120,000 gold stars – one for each of New South Wales’ military volunteers during World War I.