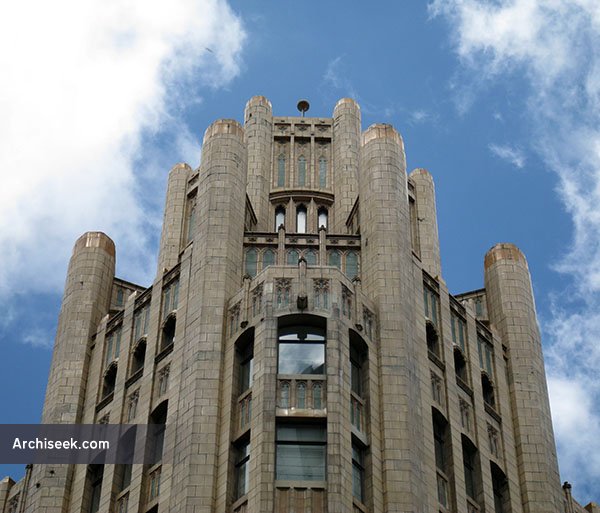 Designed by Morrow & Gordon for Grace Brothers, the Australian department store magnates, as their headquarters. The building was designed to use the first two storeys in the manner of a department store. The remaining storeys were intended to provide rental office accommodation for importers and other firms engaged in the softgoods trade. It was taken over by the government during the Second World War, and was a headquarters for the American Forces in the Pacific. 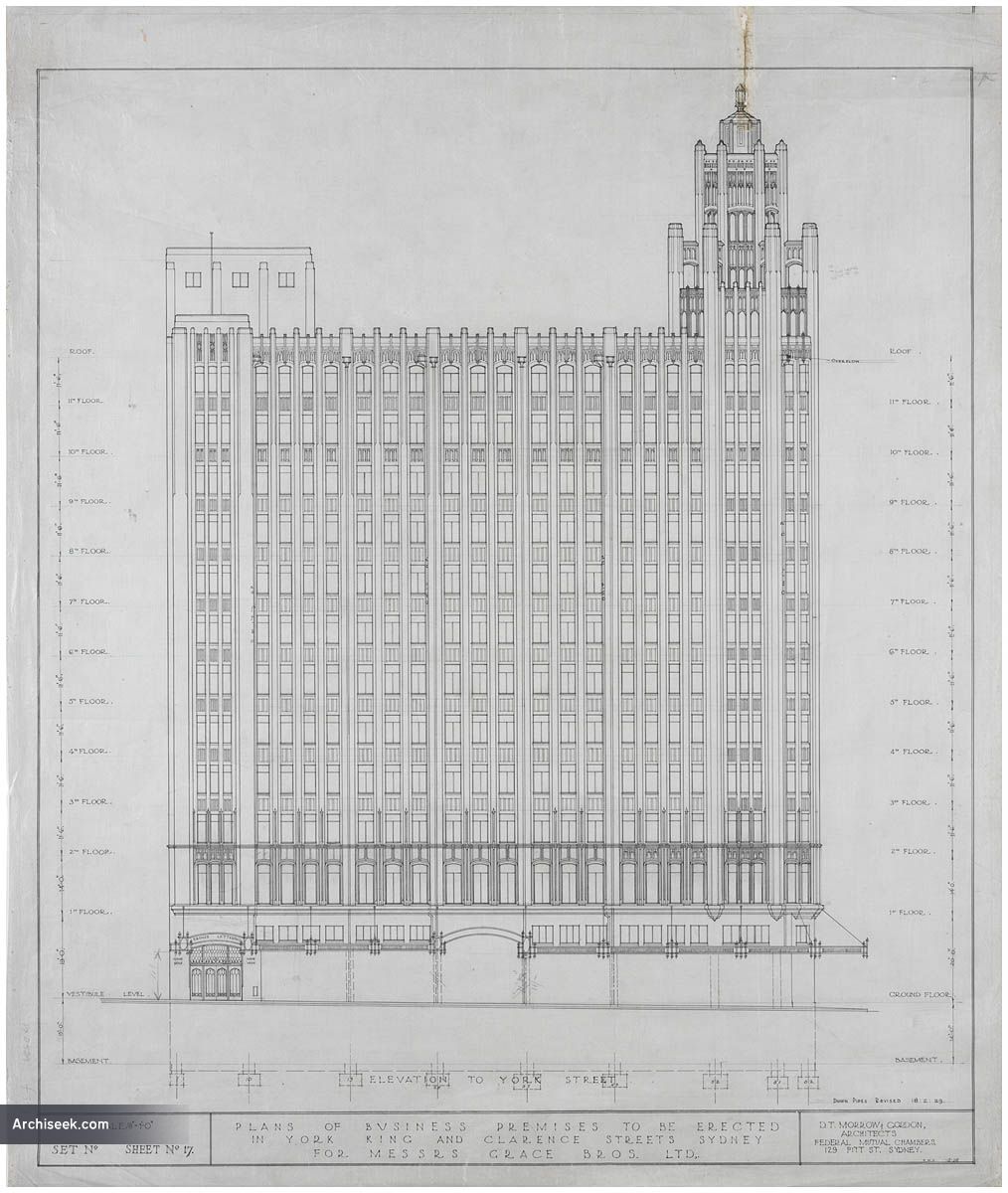 Extensive renovation and restoration during the 1990s resulted in the return of many of the building’s original features, including light fittings, lifts, stairwells, high pressed-metal ceilings, marble floors, wide hallways, and elegant decorative ironwork. Inspired by the neo-Gothic Tribune Tower in Chicago, the building has an elegant crown at the corner of York and King Streets.