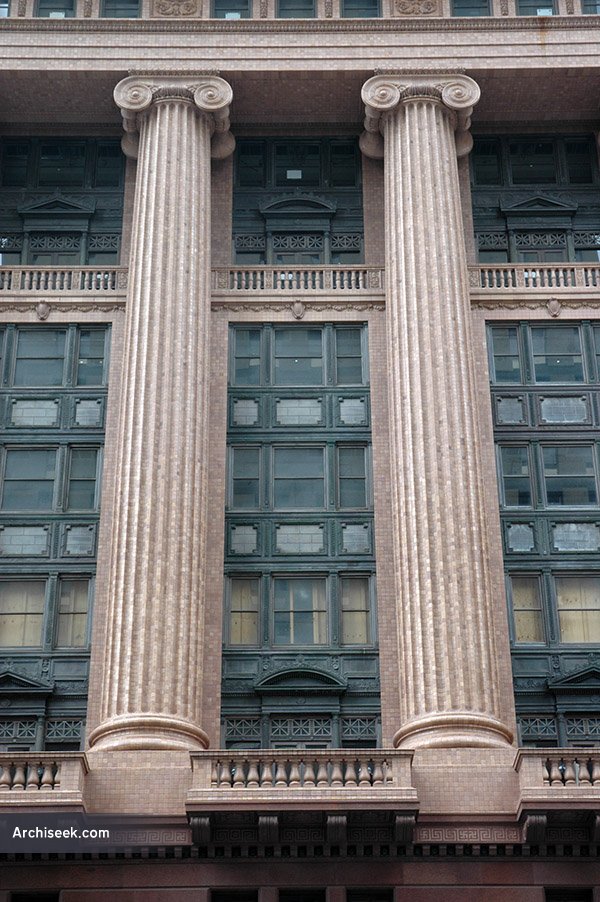 “Enormous in scale, containing vast banking halls, and thorough in its Roman allusion, right down to the finest detail, the Commonwealth Bank is a remarkable exercise in stylistic amplification.” The architecture of East Australia.

A massive Beaux-Art style building designed by Herbert E Ross and H Rushkin Rowe. The facade is constructed from terracota and pink granite. Originally built as the headquarters of the then State Savings Bank of New South Wales, it is now used by the Commonwealth Bank. The interior features large scagliola columns, extensive use of marble, and a plaster and pressed metal ceiling. The building’s square trading hall was originally one of the largest in the world.