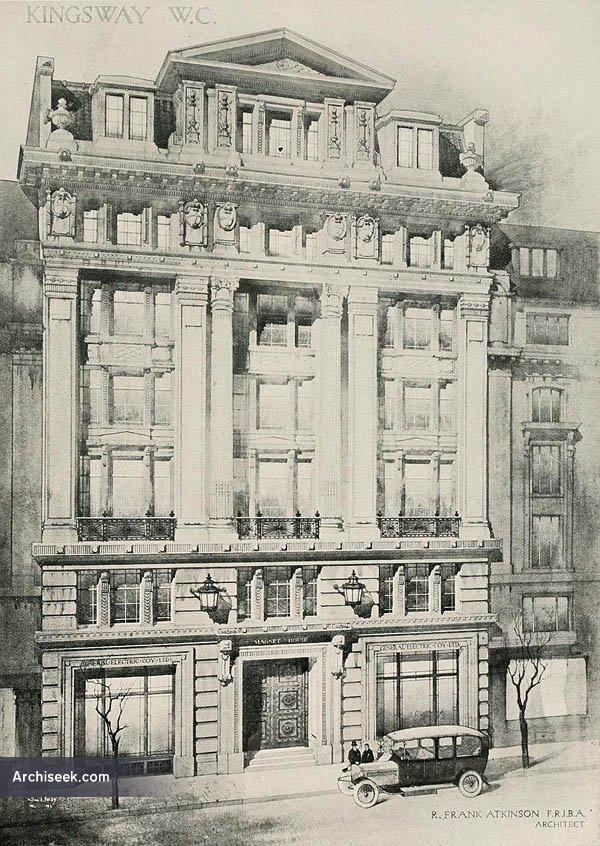 Constructed for the General Electric Co., and extended over the years. Sold in later 1950s and demolished shortly after. Replaced by a building, also called Magnet House, by Richard Seifert.

Published in The Building News, September 17 1920. “The facade is in Portland stone. The mansard roof is covered with corrugated tiles. The bronze lamps are being executed by the General Electric Co. The general contractors are Messrs. Holloway Brothers. Mr. R. Frank Atkinson, F.R.I.B.A.. of 199, Picoadilly, W.l. is the architect. The drawing reproduced was hung in the Exhibition of the Royal Academy this year “