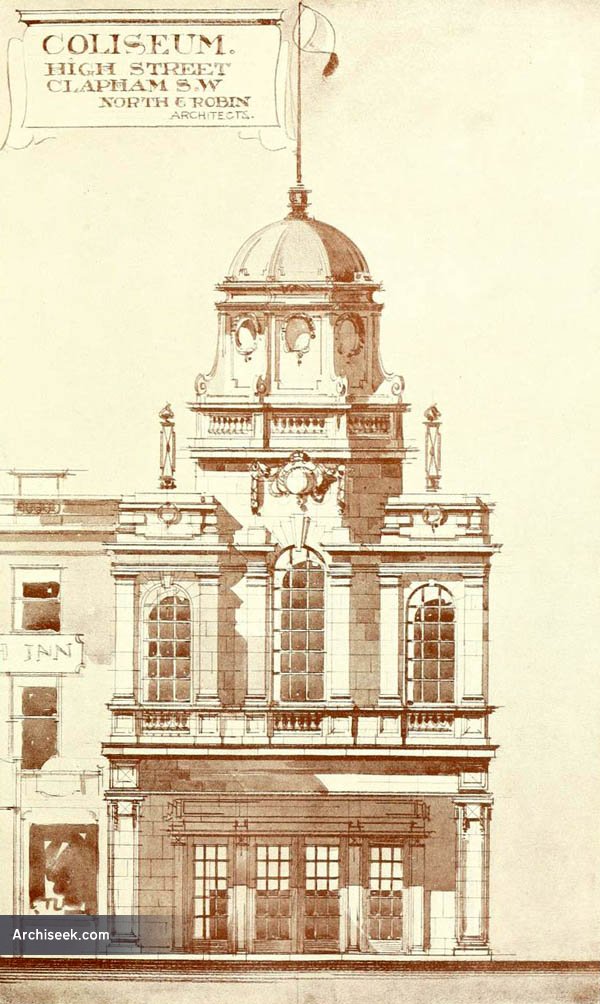 In 1910 the Electric Picture Palace had opened in Venn St. Clapham on the site of a former stables. In 1919 a new magnificent cinema with 3,000 seats was designed, with a proposed entrance in the High Street, and surrounding buildings were purchased for expansion. However the company ran into financial difficulties and the proposed cinema never opened.

From The Building News, August 13 1919: “This elevation shows a reconstruction scheme of the existing cinema adjoining the “Plough Inn,” Clapham, for Mr. Wm. Williams, of Albany Mansions, 87, Charing Cross Road, who is also at the head of the syndicate for acquiring the Tivoli site in the Strand. The work will be executed in Bath or Ancaster stone. Messrs. North & Robin, of 99, Regent Street, AV.l, are the architects.”