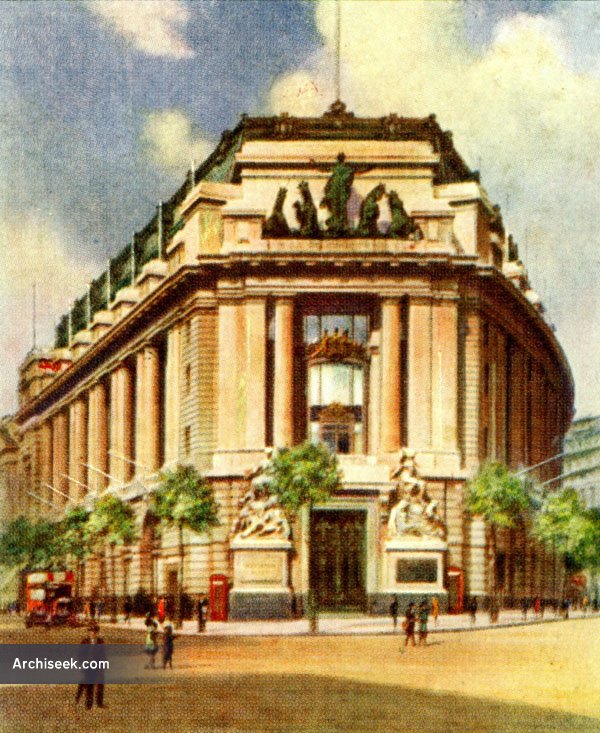 A major landmark on Strand, London, construction on the building by the Dove Brothers commenced in 1913, but was delayed by World War I. Designed by the Scottish architect Alexander Marshall Mackenzie and his son, after an architectural competition. Officially opened by King George V in August 1918. The cost of the triangular shaped land was £379,756 and building and other associated costs brought total expenditure to about £1 million.