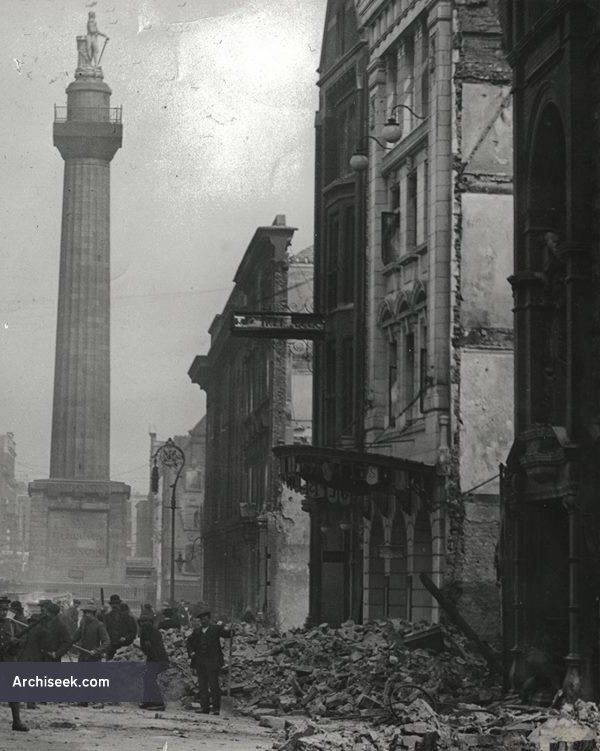 This theatre was opened in April 1915, Easter Monday 1915 to be exact, and was destroyed in the 1916 Easter Rising. Shown here, in a photograph from the Capuchin Archive after its destruction. Also known as the Premier Palace Theatre.

Bertie Crewe was a London theatre architect who produced a couple of works in Ireland, including – a proposal for South Anne Street in Dublin; and a completed building, the Royal Hippodrome Theatre, Belfast. The Belfast theatre has been demolished.