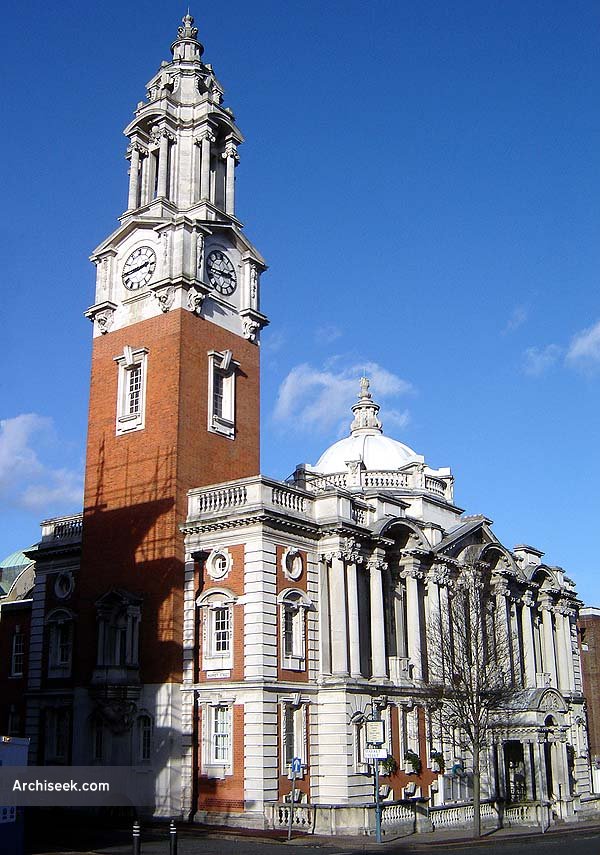 The Metropolitan Borough of Woolwich was a Metropolitan borough in the County of London from 1900 to 1965. Building began on the hall on 11 February 1903, with the formal opening in January 1906. Internally, the building is dominated by the beautiful ornate Victoria Hall. For many years, this has been the place where mayors have greeted guests at ceremonial functions. The Victoria Hall is also used for exhibitions and counting votes at elections.On either side of the main staircase, there are memorials dedicated to Civil Defence volunteers and council staff members who lost their lives during the Second World War. The exterior is dominated by the wonderful Edwardian Baroque tower.