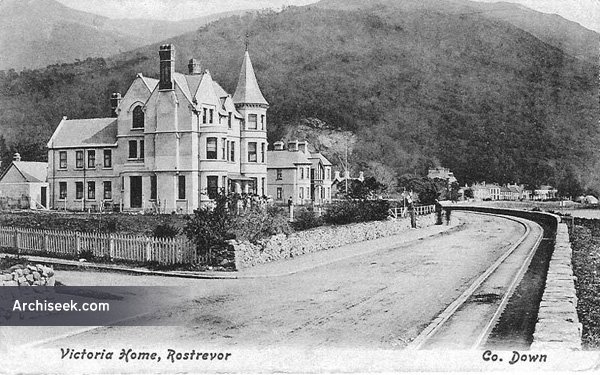 Built in the mid-1890s for the Girls Friendly Society of Ireland, who asked for and received Royal permission to call it the Queen Victoria Home in 1901. Originally known as the “House of Rest”, it “home of rest for sick and weary members”. The Girls’ Friendly Society was founded in London in 1875 by an Irishwoman – Mrs Elizabeth Townsend to support girls who came from the country to work in the city, and to teach them skills which would enable them to gain employment. It was the first girls’ or women’s organisation in the Church of England. After the Second World War it closed and was re-opened as the Glencairn Guest House. Now restored and extended into a grand family home.