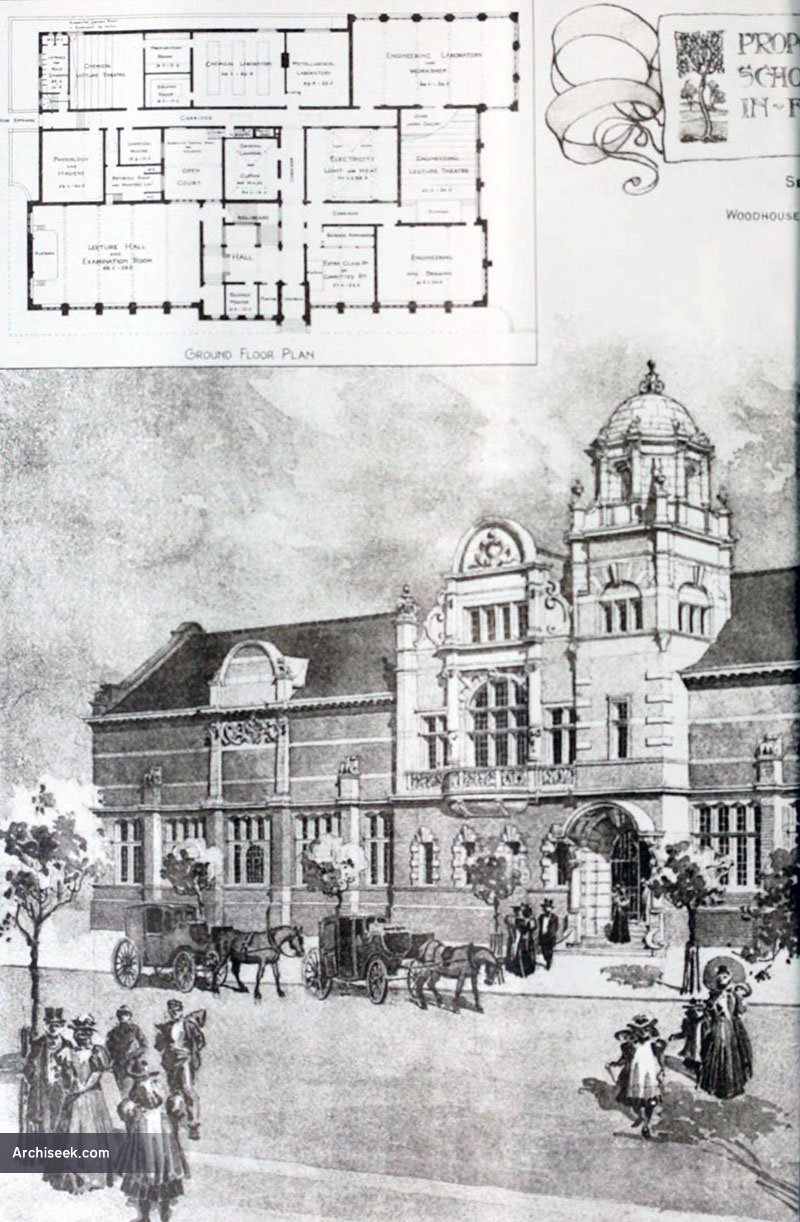 “We illustrate in this week’s number the ground and first-floor plans and the perspective ^new of the first premiated and accepted design for the above, which was obtained in open competition (25 competitors) in March last, under motto “Hematite,” by the authors, Messrs. Woodhouse and Willoughby, FF.R.I.B.A.. of Manchester. The Corporation engaged Mr. Henry Lord, F.R.I.B.A., architect for the Silford Technical School, to assist them in arriving at a decision, and his selection was confirmed by the Council. The general arrangement of the scheme is based on lines supplied to each competitor by the borough engineer, Mr. W. H. Fox. The plans illustrated clearly explain the accommodation provided — some portion of which is already erected. It is proposed to face the principal facades with an approved red stock brick, having “Golden Buff” terracotta for all enriched work, dressings, &c., the roofs to be covered either with a non-porous brindled tile or Westmoreland slate. The architects have received instructions to proceed with the work.” Published in The Building News, November 11 1898.