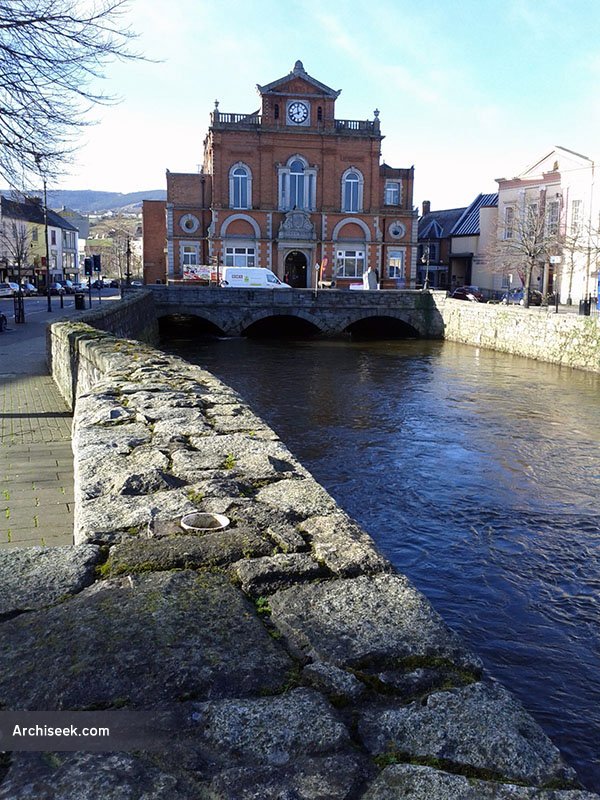 Sited on a bridge over the river, and thus straddling the two counties that Newry connects. It took two architectural competitions to decide on a design for the new town hall. The first, held in 1890, was won by William Stirling. A further competition held the following year, resulted in this rather unexciting design by Batt. In fact it’s unique feature is the site, not the building. There was a proposed tower that wasn’t constructed. In addition to municipal business, it also houses a 500 seat theatre/concert hall.