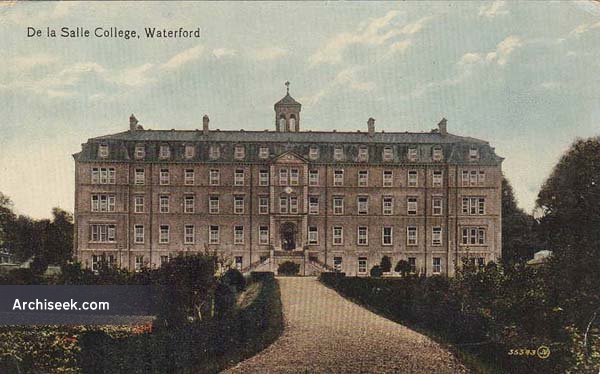 The De La Salle Brothers arrived in the city in 1870 and opened a successful primary school at Patrick Street in Waterford city. In 1887, the search began for a prominent site to locate a new teacher training college and William Henry Byrne was commissioned. Constructed between 1892-94.. In 1939, largely due to the Government’s efforts to control teacher levels, the college ceased operation as an official teacher training college for national school teachers but remained open as a religious training facility.