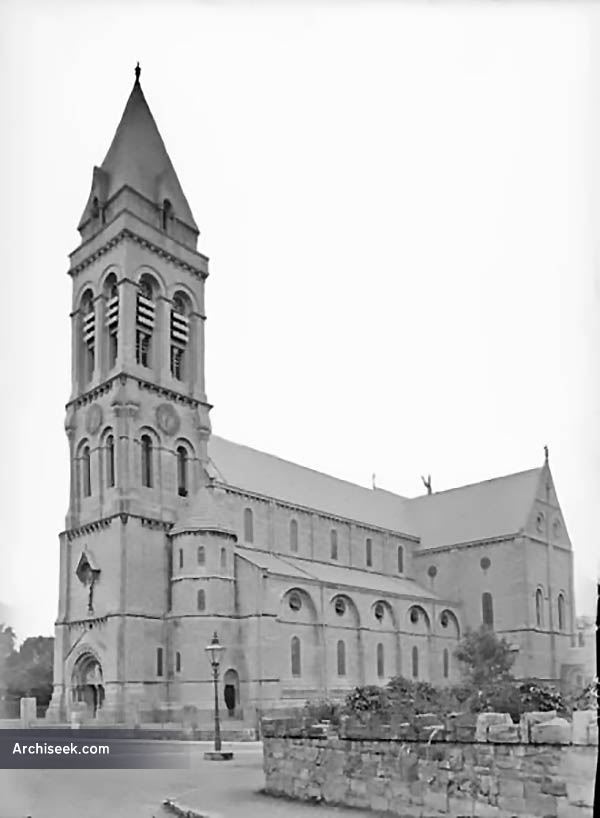 A massive exercise in a Norman style by English architect George Goldie. With a nave of 275 feet and a massive 200ft tower, it’s Goldie’s most dramatic work in Ireland. Consecrated in July 1874, although work continued until 1882. Ponderously heavy interior with none of the uplifting of spirit or architecture of other Roman Catholic cathedrals being built in Ireland at this time. Cost: £20,000. Opened July 1874.