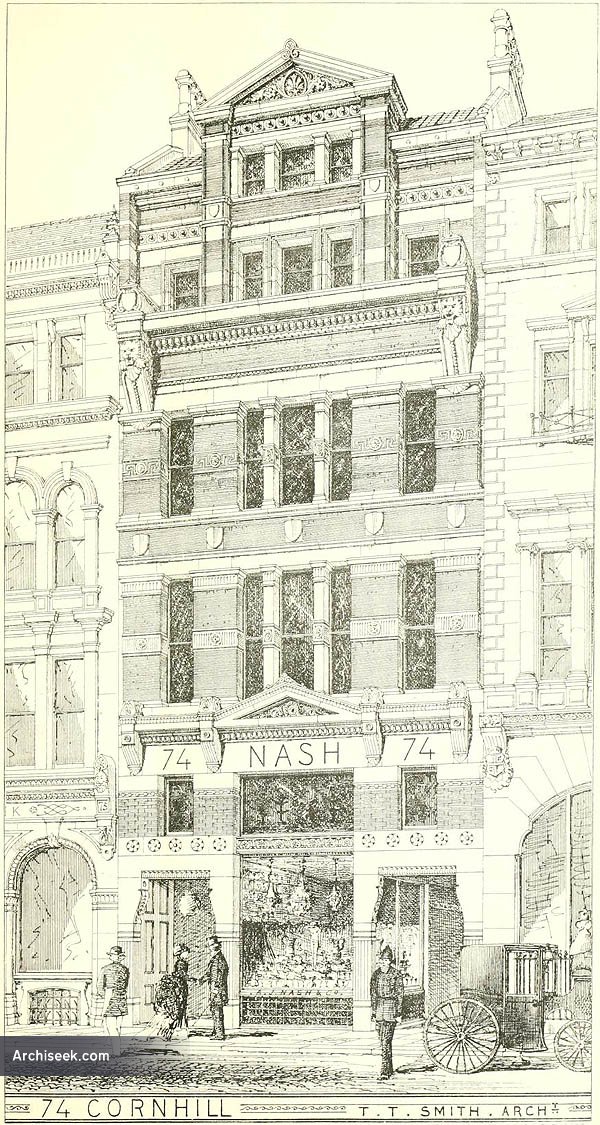 Still existing today, and a branch of Starbucks. The right hand entranceway is side alley.

From The Building News, July 31 1874: “This illustration represents a new building lately erected in Cornhill for Mr. A. J. Nash, a large glass and china merchant. The house is divided into basement, shop, and mezzanine floor, used by the proprietor ; the other floors are divided into suites of offices. In order to gain height, the mezzanine, and the floor over, are but 3in. thick, constructed with 6in. wainscot flooring boards, screwed to in rough deal boards (laid crosswise), between which is a layer of hair felt. The rough boards, 3ft. 6in. long, take their bearing on the flanges of x iron 12in. deep ; the ceiling (Jackson’s patent) is screwed up to the under side. The exterior is faced with Allan’s red bricks, red Mansfield, and Portland stone strings and cornices. The work, with the exception of the shop-fittings, which were made by Messrs. Drew, was executed by Messrs. King and Son, builders, for the sum of £3,500, from the designs of Mr. Thos. T. Smith, Architect, Bloomsbury-square. “