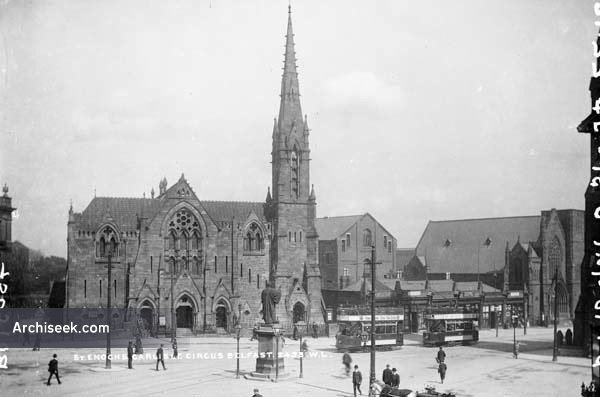 Erected in the early 1870s, it was one of the largest Presbyterian churches in all of Ulster. St Enoch’s had a magnificent theatre-like interior with two tiers of galleries around three sides, and four rooflights above. The arrangement was apparently suggested by Rev Hugh ‘Roaring’ Hanna for whom the church was built. St Enoch’s was tragically destroyed in a malicious fire in 1985, standing as a ruin for some years before being demolished. The second illustration shows St. Enoch’s with the Carlisle Memorial Methodist Church.