1868 – Church of St Thomas of Canterbury and the English Martyrs, Preston, Lancashire 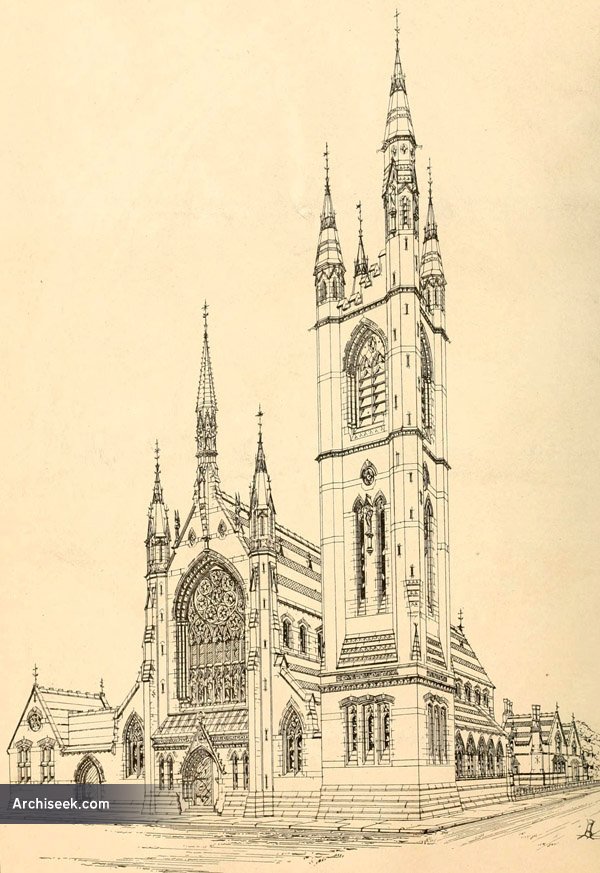 On 26 May 1866, Bishop Goss laid the foundation stone for the church. Designed by Edward Welby Pugin, the eldest son of Augustus Pugin. The church was initially meant to have a spire, but a lack of funds prevented it from being built. In 1874, it was decided that the church needed to be enlarged so Edward Welby Pugin was again hired to extend the church. The new plans added two new bays to the nave and aisles, a new chancel, two transepts, chapels, two additional confessionals, sacristies, and a room for meetings. An entrance was to be provided from St. George’s Road to the south transept by a porch. The nave was to be divided from the chancel by an arch. The estimated cost of the extension was about £8,000. The foundation stone of the new buildings was laid by the Bishop of Liverpool Bernard O’Reilly in 1887, and building work was finished in 1888. Published in The Building News, July 31st 1868.