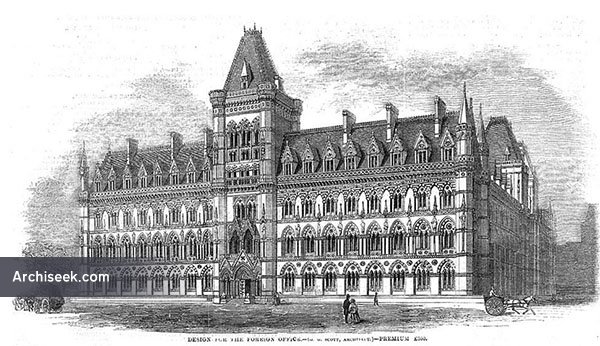 The Foreign and Commonwealth Office building originally provided premises for four separate government departments: the Foreign Office, the India Office, the Colonial Office, and the Home Office. Construction on the building began in 1861 after an architectural competition. Scott had initially envisaged a Gothic design, which he won the competition with, but the then Prime Minister Lord Palmerston insisted on a classical style. Palmerston pervailed in the discussion and the building was constructed in an Italianate style by Scott.