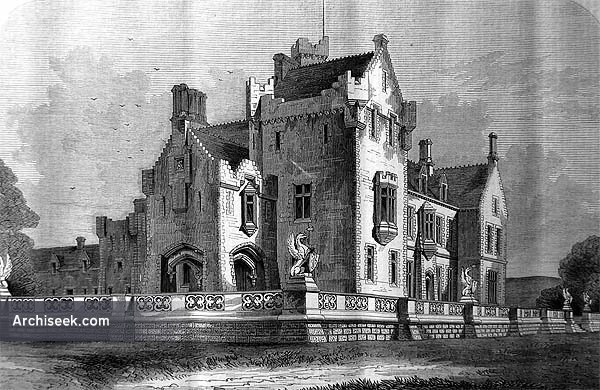 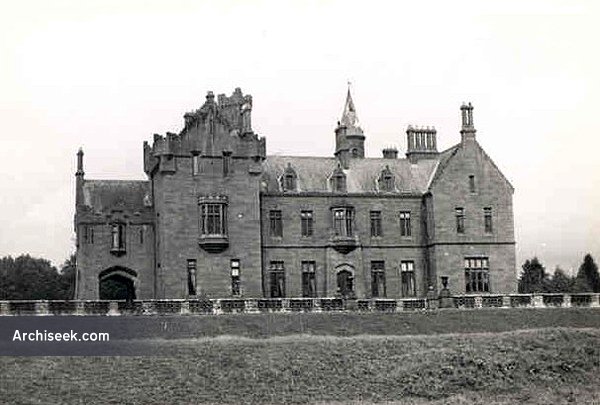 Also known as Castle Oliver, and constructed by English architect George Fowler Jones between 1845-48 for sisters Elizabeth and Mary Isabella Oliver-Gascoigne. Constructed in the Scottish Baronial style of a local pink sandstone, quarried on the estate. Fowler Jones designed several substantial commissions for the sisters, including almshouses and churches in England and Ireland, and named his first child ‘Gascoigne’ after the Oliver-Gascoigne sisters. The last descendant of the family moved out in 1978. Suffering vandalism and theft the castle fell into a period of decline until in 1998, it was taken over by Nick Browne. He put a halt to further deterioration, and subsequently it has been restored by new owners and is available to hire.

Photograph from the Irish Tourist Association Survey 1943-44. Illustration from The Builder, November 23, 1850.