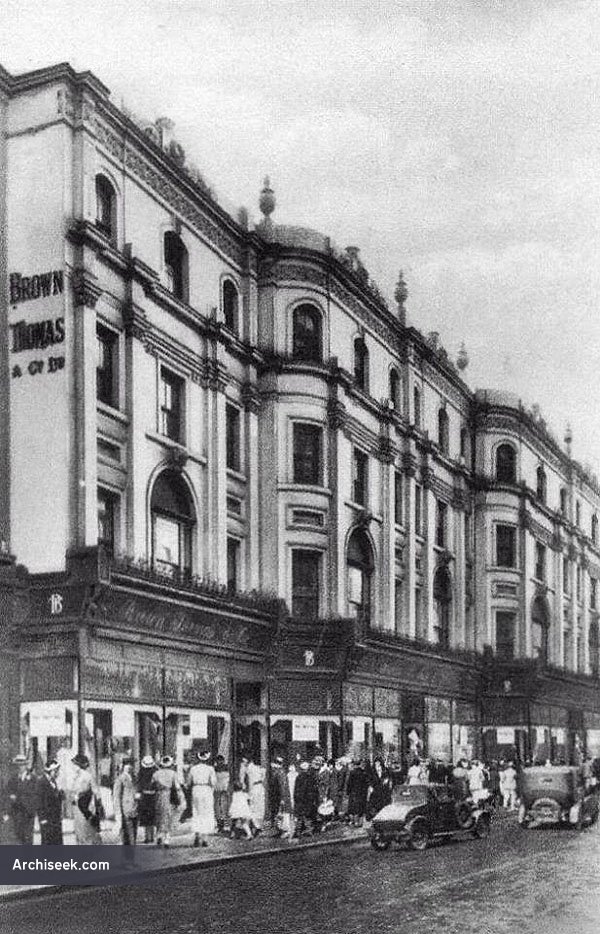 Started in 1848 with a large extension a decade later, and Italianate in style. Gutted in the 1990s for Marks & Spencer, only the facade remains of the warren of room and levels that existed before. The Dublin store was opened by Hugh Brown at 16 Grafton Street in 1848. The following year with James Thomas he expanded into No.17. By the mid-1850s they had also bought number 15 and enlarged the shop further. The company was purchased by Harry Selfridge in 1919 and operated as a branch of Selfridge Provincial Stores until 1933. In 1995 Brown Thomas moved across the street after renovating the existing Switzer’s department store.