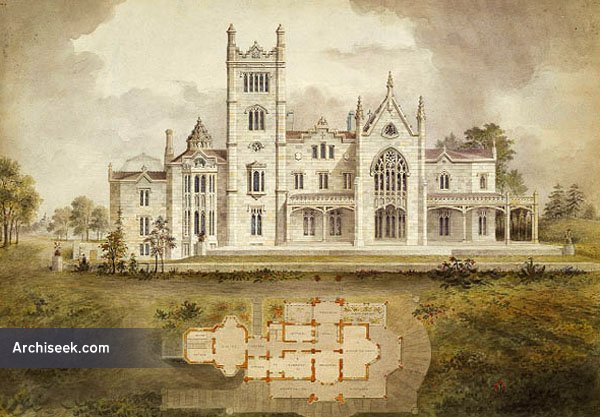 Overlooking the Hudson River in Tarrytown, New York, is Lyndhurst, one of America’s finest Gothic Revival mansions. The romantic Gothic Revival design immediately drew attention to the building, critics called it “Paulding’s Folly”, after the owner William Paulding, because the fanciful turrets and asymmetrical outline were unlike most homes constructed in the post-colonial era. In 1864-1865, Davis doubled the size of the mansion for the second owner New York merchant George Merritt.

Lyndhurst is owned and operated by the National Trust for Historic Preservation, a private, nonprofit membership organization dedicated to saving historic places and revitalizing America’s communities.