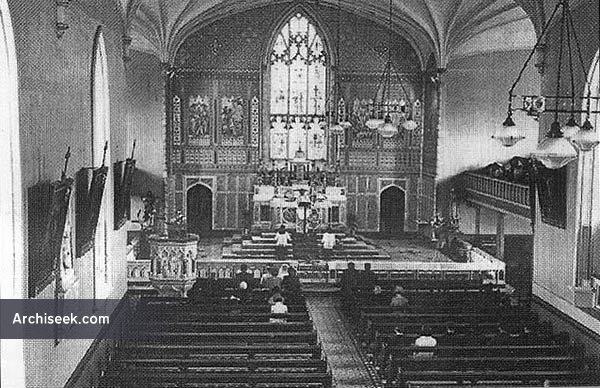 The church was built as part of the town planning scheme of George Kingston,the Earl of Kingston, on land donated by him in 1824. Described by Lewis as ‘a handsome cruciform edifice, in the later English style of architecture, and flanked in the front with two octangular towers surmounted by cupolas; it is embellished with a window of elegant design, and strengthened at the angles with buttresses terminating in pinnacles.’ It has been suggested that it may be the work of George and James Pain. In 1847, the west front was remodelled and a tower and spire added.