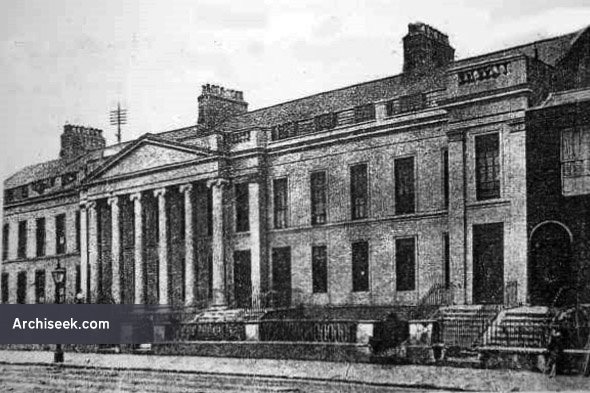 Originally Gloucester Terrace, Gloucester Street, which was a little confusing, Gloucester Street is now Sean McDermott St. Fine terrace of houses designed as an architectural whole, that eventually became slums and were demolished. During the 18th century, development in this area was characterised by the gentrification and redevelopment. However, by the beginning of the 19th century this impetus had slowed and by the mid-19th century it had developed a reputation as a red-light district.