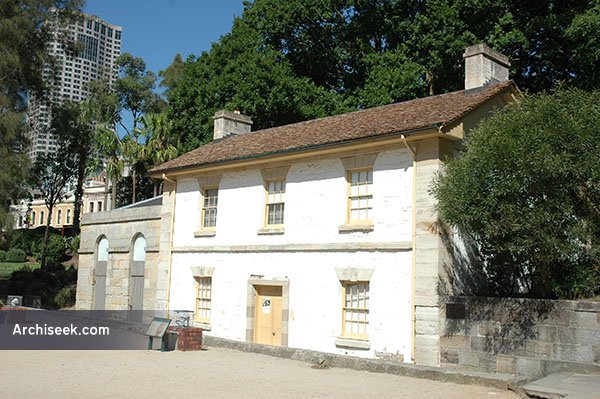 Cadmans Cottage is the oldest surviving residential building in Sydney, having been built in 1816 for the use of the governmental coxswains and their crews. Originally constructed on the shoreline, the waterline has moved with the reclamation of land and construction of the quay. Constructed as the abode of the four governmental coxswains from 1816 until 1845, and afterwards the headquarters of the Sydney Water Police to 1864, and as the Sailor’s Home to 1970. Restoration of Cadmans Cottage began in 1972 after it was proclaimed a Heritage site under the National Parks and Wildlife Act and control of the site was handed over to the Sydney Cove Redevelopment Authority.