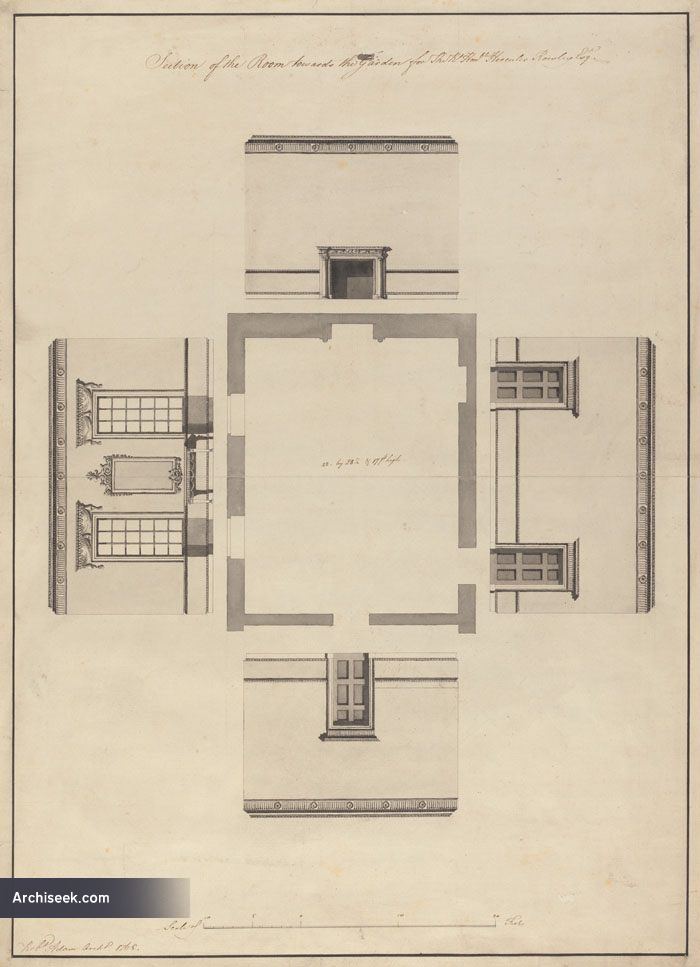 Remodeling of house for Rt. Hon. Hercules Langford Rowley. Demolished 1931. The house was purchased by Rowley in 1743, and was a large five bay, four story house. It had a street frontage of almost 90ft, and was sited where the current Marks & Spencer store is today. In 1765 Adam designed new front and rear drawing rooms for Rowley. In 1800, Lord Langford moved to Granby Row, and the house for sold to the government who converted it into a barracks.

“In 1809, it was transferred to the Paving Board, who made very little alterations to it, except building a new brick front.They erected additional stabling at the rear for their horses, and sheds for their watering carts. The Paving Board – removed hither from Dawson-street, where they carried on their business in an old large brick building (corner of Dawson-street and Nassau-street), which they sold to Arthur Morrisson, Alderman of Dublin (Lord Mayor in 1885), who built on its site the house, since known as Morrisson’s HotwL. After the passing of the Towns Improvement (Ireland) Act, in 1854, the Office of the Paving Board was abolished, and the house was subsequently sold to the Messrs. Bewley and Evans (now Bewley and Draper), wholesale druggists, the present occupiers.”