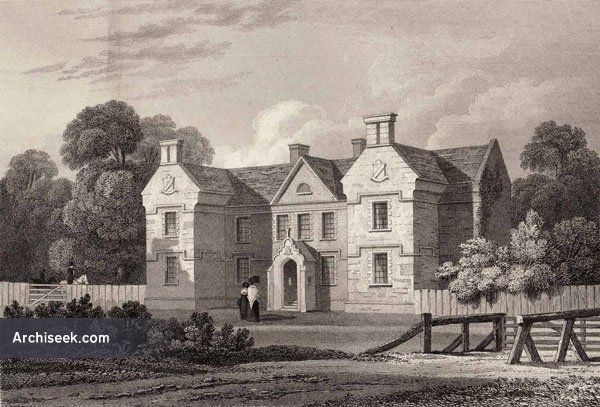 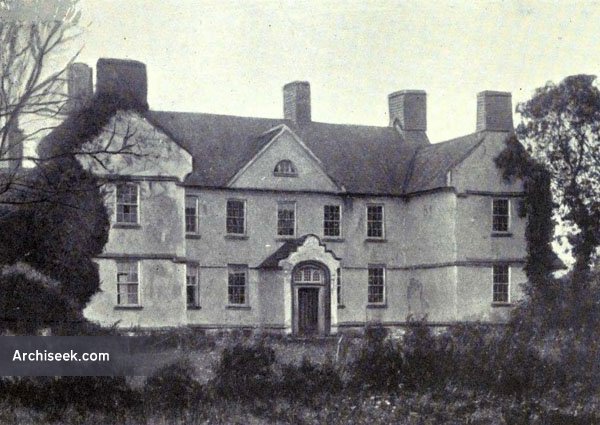 Original house of 1669, owned by the Ponsonby family. Additions of 1819 in a Jacobean style to the existing house by Sir Richard Morrison, who added gables and the curvilinear porch. The childhood hode of Lord Kitchener, whose father leased the house from 1850-63. Described as derelict by 1925, the ruins remained until the late 1960s. Now demolished, little remains bar a portion of a wing and the farm buildings.

From: J.P. Neale, Views of the seats of Noblemen and Gentlemen in England, Wales, Scotland, and Ireland, vol.V, London, 1821
“This Seat has been the Residence of the family of Ponsonby ever since the reign of King Charles I. The House, built in 1689, in the style of Queen Elizabeth’s reign, is roomy and convenient, retaining the original exterior form and decorations, which the successive pro prietors have studiously preserved, and which have been most tastefully adhered to in some late alterations, designed by Mr. Morrison , with no further interior change than what has conduced , without departing from the original design, to render it more commodious. The House may still be considered as exhibiting a fine specimen of domestic architecture. Situated rather low , as was the fashion of the day, it does not command an extensive prospect, although the ground in front of the House is well diversified , but it stands in the midst of a demesne highly wooded, and improved ; magnificent oaks of luxuriant growth are dispersed over it with a large extent of wood, to which the plantations of the present possessor are forming copious additions, both in value and decoration .”