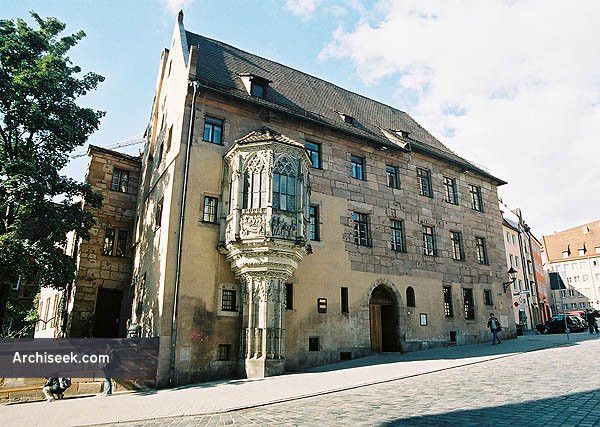 Chörlein are projections on the first floor of a house – Oriel windows. Before the Second World War, about 450 Chörlein adorned the houses of the city. The bombing destroyed 350 of them, and others were removed during reconstruction. Most were box-shaped extensions as on the garden side of Sebald parsonage built in 1480. Others were wooden, box or cabinet-like projections stuck to the facade, others of stone, decorated with sculpted ornament. There are currently about 80 chörlein extant in Nuremberg.