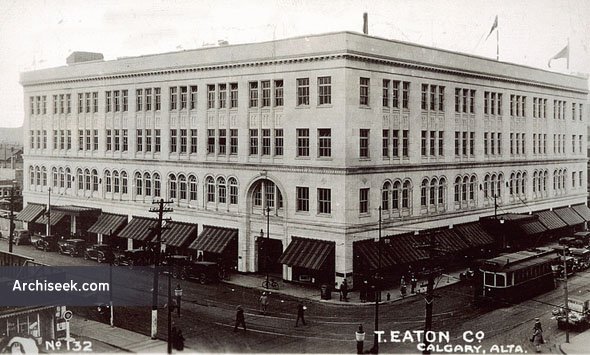 The T. Eaton Co. opened its original department store on the site in 1929. In the late 1980s Eaton’s relocated into a new building one block west. In 1988, the original Eaton’s store was demolished to accommodate construction of the $110-million Eaton Centre. Nine bays of the original 1929 Tyndall stone façade were retained and incorporated into the retail complex that replaced the older building.