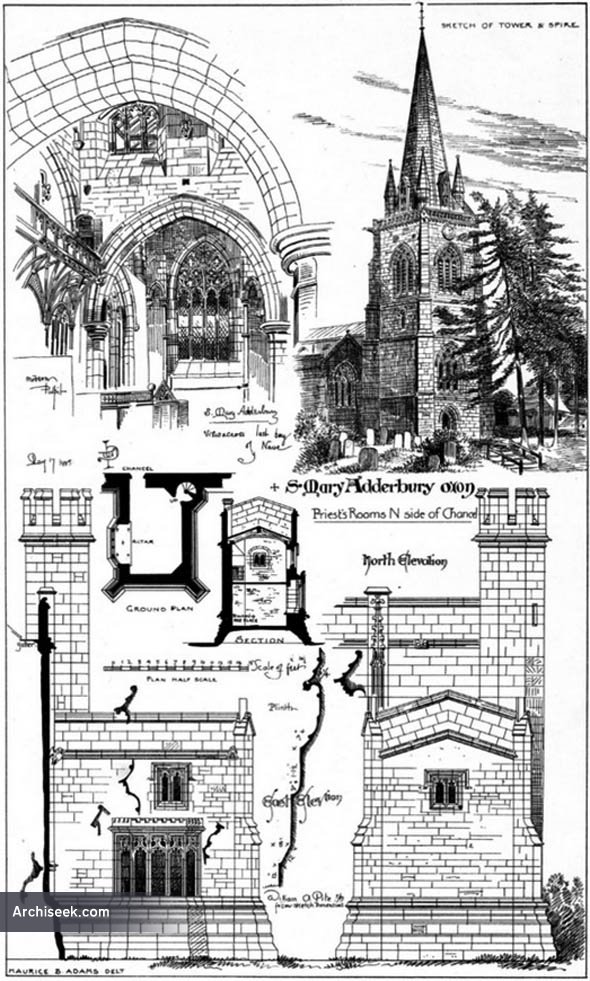 A church constructed over several centuries. What is not the transepts is the earliest part, dating from c1250; the main body of the church and tower dates from the early 14th century; with the cancel and vestry from c1408-19, at which time the church was largely of the form we see today. In the 18th century St. Mary’s fell into disrepair. In the 19th century restoration was carried out in phases: by the architect J.C. Buckler between 1831 and 1834 and by Sir George Gilbert Scott between 1866 and 1870, and less sensitively by Sir George’s son John Oldrid Scott in 1886.