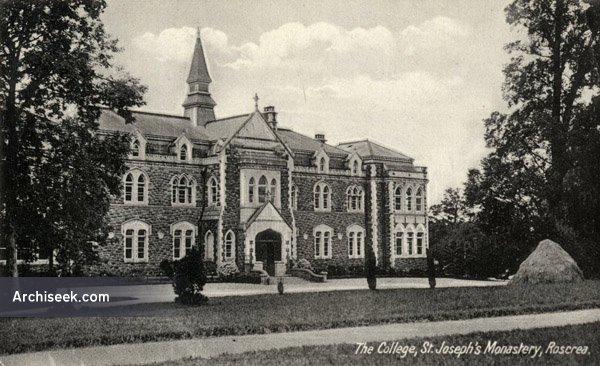 New college buildings that were designed by the brother of the Abbot Dom Camillus Beardwood, Abbot of Mount St Joseph Abbey> Later bell tower by Jones and kelly from 1939. Count Moore paid £2,600 towards the building of the College, which was opened for the first fifty students in September 1905.