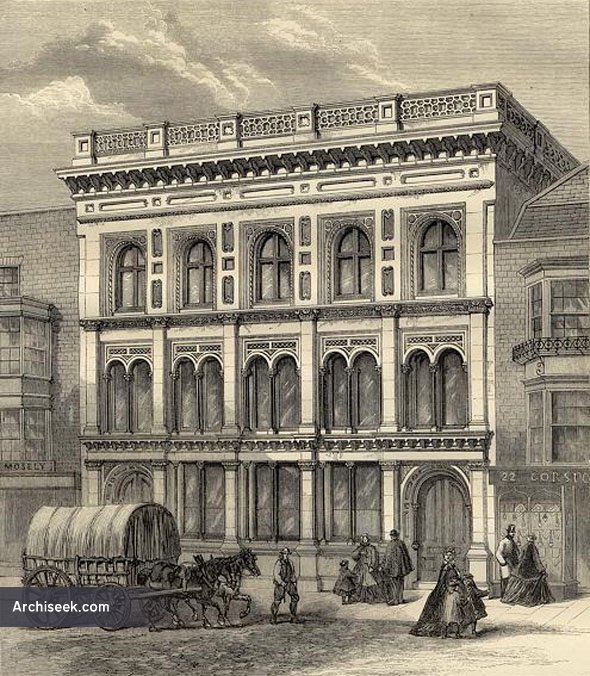 “Compared with the number of banks recently opened in London the provinces cannot be said to have done much in this kind of building, and perhaps it is all the more fortunate for them. Several handsome banks have, however, been erected during tlie past year. In Southampton, the Hampshire Banking Company have rebuilt their bank from designs by Mr. R. Critchlow, of Southampton. By the use of light iron columms in the ground and first-floor window openings, abundance of light is obtained, while the intervening stone piers give sutficient solidity to the appearance of the building. There is much in this facade that we like, but we shall never cease to protest against the use of circular or even segmental-headed-windows in the upper story. Barry never fell into this error, knowing well that a cornice demands a square-headed aperture immediately beneath it. To a ground-floor opening a semi-circular arch is always appropriate, as it indicates the power of bearing great weight. For the openings on the first-floor no rule can apply, though a segmental head is a gentle transition, but for the upper- most openings, whose heads carry little weight, the lintel is the only thing which can satisfy the reason.”