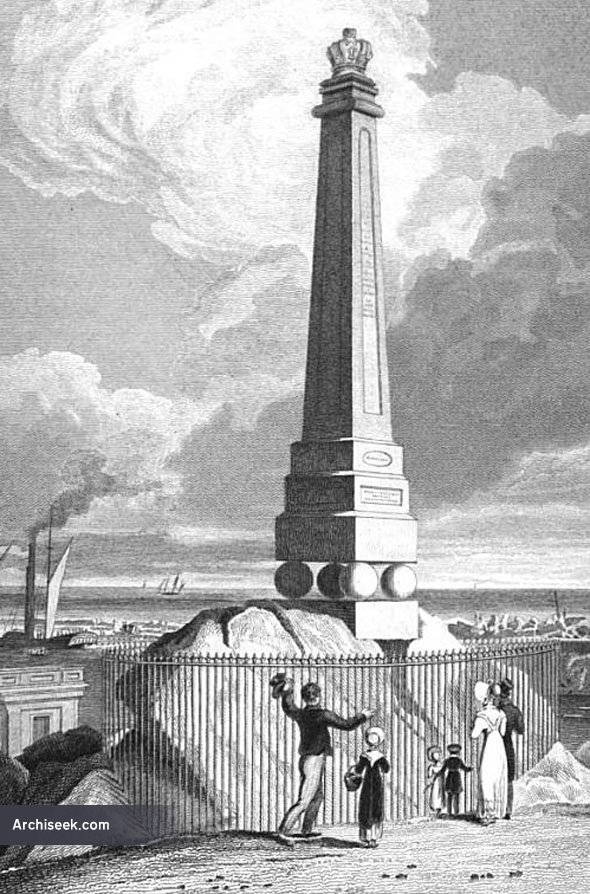 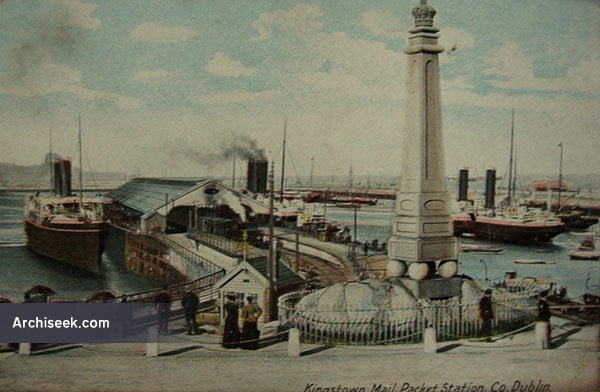 To commemorate the visit of King George IV to Ireland, the first occasion a British monarch had visited Ireland since the reign of Richard II. “The small truncated pyramidal Column at Kingstown which forms the subject of the present illustration is chiefly deserving of notice as an historical memorial being nothing more than a single block of granite shaped into an obeliscal pillar supporting the Royal crown and resting on four large balls placed on a rude mass of native granite This simple and unassuming Monument was raised to commemorate the visit of His Majesty George IV to Ireland and the circumstance of his embarkation from the spot near which it is erected The fronts of the pyramidal shaft are decorated with sunk pannels on one of which is graven the following inscription TO COMMEMORATE THE VISIT OF THE KING TO THIS PART OF HIS DOMINIONS AND TO RECORD THAT ON THE THIRD OF SEPTEMBER 1821 HIS MAJESTY IN PERSON GRACIOUSLY NAMED THE ASYLUM HARBOUR THE ROYAL HARBOUR OF GEORGE THE FOURTH AND ON THE SAME DAY EMBARKED FROM HENCE”. In his honour the name of the town was changed to Kingstown and the main street was named George’s Street. In 1874 William Thackcray described the monument as ‘a hideous Obelisk, stuck on four fat balls and surmounted with a crown on a cushion’.