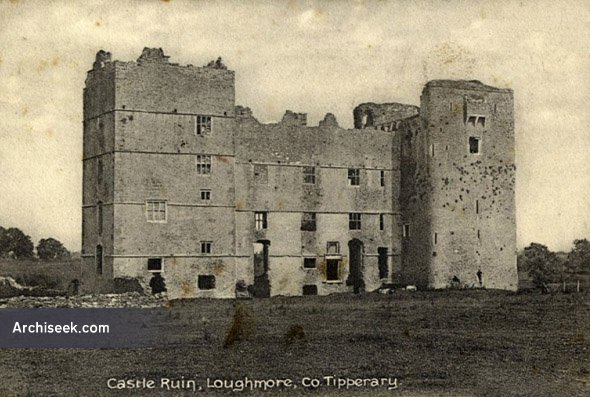 A 14th century tower house to which a 17th century fortified house has been built on to creating a larger h-plan house. It was the seat of the Purcell family, who were Barons of Loughmoe. Construction of the castle commenced in 1328: the same year that the family were granted the title of Barons of Loughmoe by James Butler, first Earl of Ormonde. The monument is now in the care of the Office of Public Works.