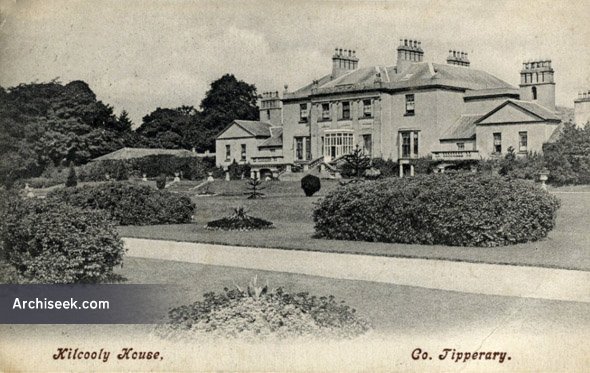 In Burkes Guide to Country Houses, Kilcooley Abbey is described as a large winged house, build circa 1790 by Sir William Barker, 4th and last Baronet whose family had previously lived in the old abbey which was converted to a house in circa 1700. A broad flight of steps guarded by heraldic beasts rise to the hall door and in the garden front which faces the old abbey, the centre block is a five bays with a break front centre of four giant, ionic pilasters.

The house was partly destroyed by a fire, circa 1840 and during the rebuilding the family once again occupied the old abbey.The interior largely dates from after the fire – its finest space being the large double height entrance hallway. It has a gallery on all sides, hastimber panelled walls and a carved wood chimney piece. The ceiling features ornate cornice work and a central domed cupola.