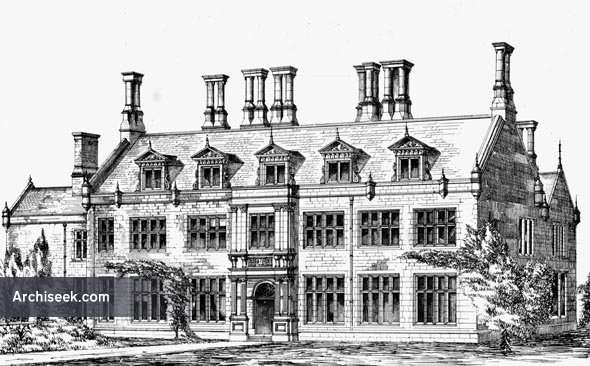 The original Holdenby Palace was completed in 1583 and was one of the largest houses in England, constructed around two courtyards. It was largely demolished in the late 17th century. William Slater and Richard Carpenters version was completed around 1875, and roughly one-eighth of the size of the original. Carpenter recreated the Elizabethan house incorporating the remnants that remained of it. The many gabled stone new house, with tall ornamental chimneys and mullioned windows was approached through the original tripartite arches of the former palace. Illustration published in The Building News, July 5th 1872.