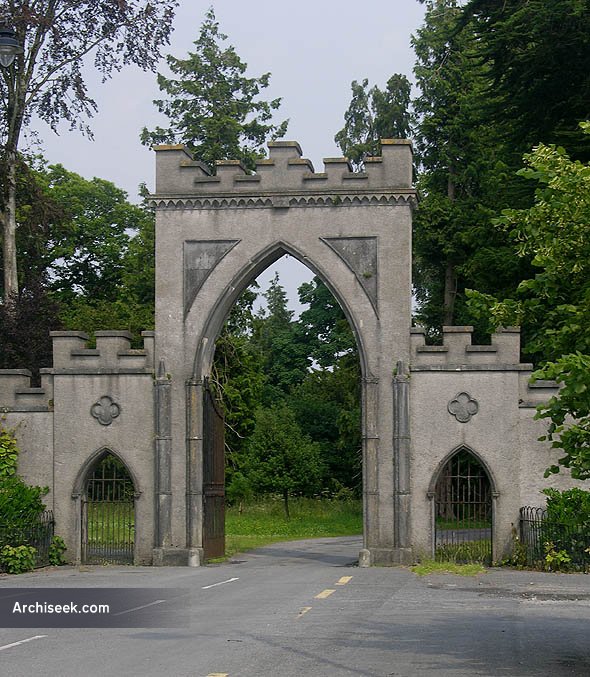 Strokestown is noted for its wide streets. It is said that they were made this way because the second Lord Hartland of Strokestown wanted to make his village thoroughfare wider than the famed Ringstrasse in Vienna. The town was built up around Strokestown Park, his family home. This large Gothic gateway leads from the main street of the village into the demense. Built c.1790, comprising castellated gate and gate lodge.