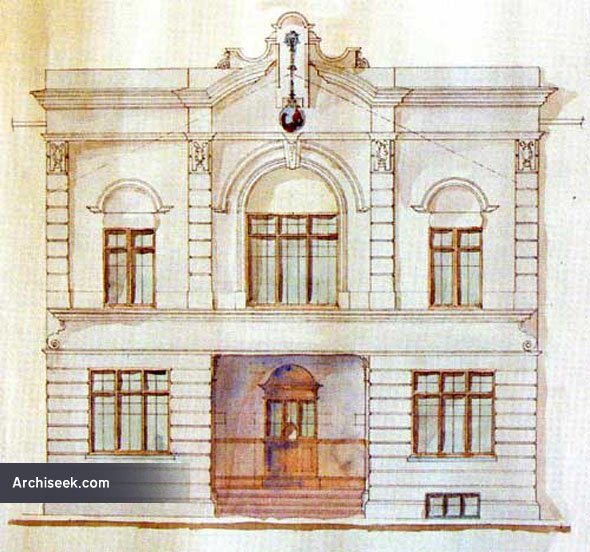 Former cinema, long darkened, later in use as part of a commercial premises. Plans were initially drawn up by Munden with O’Connor taking over the project during construction and amending the design. Opened as The Fountain, it was two storeys in height at the street with stucco decoration. After it closed in 1962, a further storey was added. Demolished in 2002.