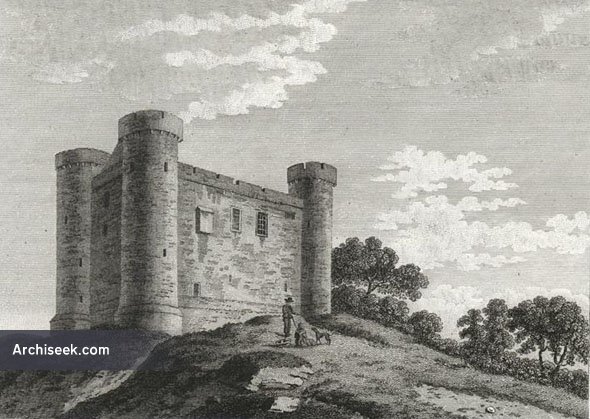 The four-storey castle was originally square with four round turrets at the corners. Probably of mid 15th century construction but in an earlier style. The two lower storeys were vaulted. A drawing of 1795 shows it more or less intact. During the Cromwellian invasion in 1649 the Castle was fired upon from the South bank by passing troops on their way from Drogheda to Athboy, but avoided any real damage. It remained intact until it was destroyed by fire during the 1798 rebellion. Now after years of ruin it is reduced to just two towers and some walls.