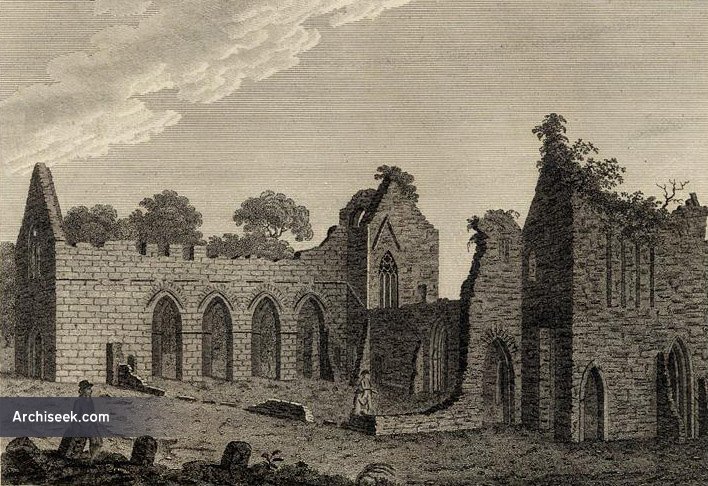 The Cistercian Abbey of Knockmoy was founded in 1189-90 by the King of Connacht (Cathal Crovdearg O Connor, who was buried there in 1244) in the years 1189-1190. Knockmoy is rare in that it has a fresco still (barely) visible on the wall of the chancel, probably from around 1400. The monastery was plundered in 1200 (by William De Burgo) and in 1228, and the Abbot was censured in 1240 for having his hair washed by a woman. In 1483, the abbot was accused of setting fire to the abbey. The church has a nave, chancel, transept and two chapels. The rib vaulted chancel has fine carved capitals and an east window.