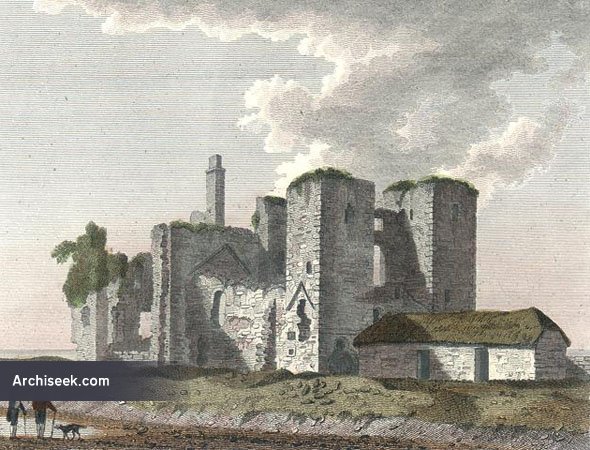 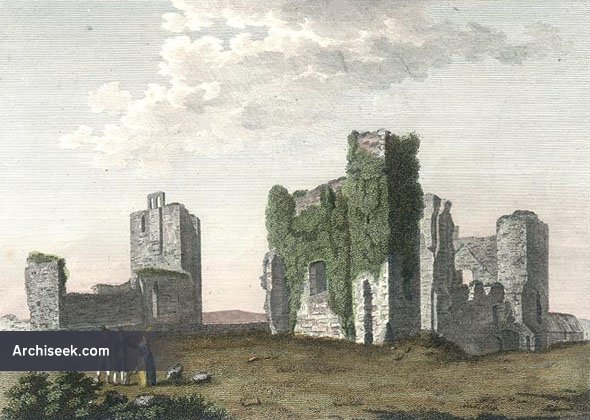 The castle was constructed in the mid 13th Century, possibly by the Knights Templar, rectangular in plan with towers on each corner. The church was built in the 15th century and was also furnished with a fortified bell tower, 70 feet tall. The castle was the home of the De Berminghams and the Barnwells families until the Cromwellian invasion. At this time, a group of assorted Irish anti-Parliamentarians held the Castle until 1642 when it was pummelled by the artillery of the forces of Colonel Trafford. Over time the ruins of the castle have disappeared. The ruined church still stands today and is a National Monument.