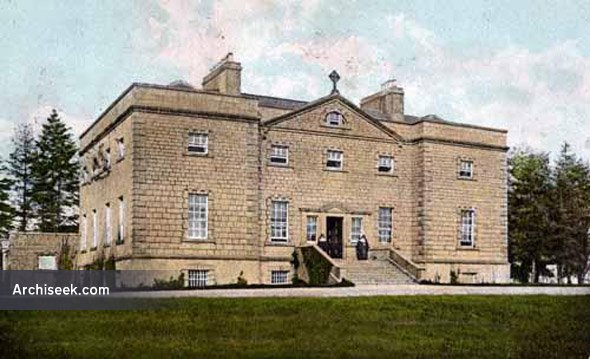 Built in the 18th century, this house was the home of George Browne, third son of the 1st Earl of Altamont, in the 1760s. His daughter and heiress married Dominick Browne of Castlemagarret and ownership of Claremount appears to have passed to the Castlemagarret Brownes. The Kirwans and Denis Browne of Westport lived in the house in the late 18th and early 19th centuries. It was bought by Murray McGregor Blacker from Lord Oranmore and Browne in 1858 for £4,250. Blacker owned the house until 1874. In 1876 the Mercy Sisters paid £14,000 for Claremount House and its 84 acre farm. With much further development over the years, the site now hosts Mount St. Michael’s Secondary School. The nuns vacated the original Claremount House in 2000.